A black Powerpuff Girl presents progress, but her portrayal is a problem

Yes, black characters in animation is progress. The characteristics of the new Powerpuff girl, however, contain problematic tropes.

Stop the presses! Hold the phones!

While a black character in a violent cartoon hardly counts as a significant civil rights win, the representation signals progress in minority animation depictions, despite transparent stereotypical problems.

First, the positive. The addition of Bliss continues to normalize multiculturalism in animation, which previously contained token depictions such as Disney’s Tiana in Princess and the Frog and South Park’s fittingly-named Token.

In this year alone, Dreamworks’ Captain Underpants contained a black protagonist, and Pixar will release Coco, a movie about a Mexican child traveling through a literal Land of the Dead to find his deceased father, in November.

Most importantly, little fanfare exists for these decisions. The most you can find is a December 2016 Vanity Fair article on the latter film’s trailer.

This trend statistically plays out, as well. The most recent study from USC Annenberg’s Media Diversity and Social Change Initiative, published July 2017, found that African-Americans make up 13.6 percent of speaking characters in top 100 grossing films while comprising 13.3 percent of the U.S. population.

“Inclusiveness is a courageous choice,” said Mar Elepano, production supervisor for USC’s Cinema Arts Animation School. “Until the culture changes so [that] minority directors are making the art, current producers need to make those inclusive choices.”

However, Bliss contains many problematic qualities that perpetuate negative tropes in African-American representations in animation.

The name pops out first. Blisstina “Bliss” Francesca Francia Mariam Alicia Utonium sounds like one of the fake names from the Key and Peele football intro sketch. This differentiates from the three singularly-named girls, which paints Bliss as an “other” rather than a teammate.

Next, the character has parental abandonment issues. A little context:

The white patriarch of the Powerpuff Girls, Professor Utonium, created the three main girls with sugar, spice, and everything nice (it’s a kid’s show, folks), as well as a chemical which bestowed powers of flight and lasers, among other things.

In the new episode, we discover he created Bliss eight years earlier using the same ingredients but a different chemical that yielded unwieldy results. Due to her instability (side note: the only black protagonist is emotionally unstable?), the Professor abandons her on an island — naturally — until she returns.

Outside of the image of a white father removing his black daughter from his life, the show furthers the story of black children living fatherless lives.

In July 2013, CNN’s Don Lemon said, “More than 72 percent of children in the African-American community are born out of wedlock.” While the Center for Disease Control and Prevention corroborates this report, the statistic tells only part of the story.

In January 2014, the CDC also released a study stating that 67 percent of black children’s fathers remain involved in their lives, as opposed to 59 percent of white dads. In short, white and black fathers almost equally care about their children.

“I can think of shows like The Proud Family,” Dean said, “that cropped up in the late ’90s that show more and more black female representation.”

Women in Animation works closely with the USC School of Cinematic Arts to provide studies on gender representation in media.

Lastly, Bliss features a thin waist and round hips, as opposed to the pre-pubescent main girls. To be fair, there is a technical explanation: Bliss is 13 as opposed to her five-year-old counterparts.

Still, the sexualization of black women has a troubled past.

Warner Bros. and famed animator Rob Clampett produced “Coal Black and the Sebben Dwarves” in 1943, which told the Snow White tale from a jazz musical perspective. Outside of the many egregious stereotypes in Clampett’s piece, the one relevant here is the short skirts, thin waist, and curvaceous figure of Coal Black, our black Snow White.

Later in the 1960s, “Tom and Jerry” depicted a black matriarch with an hourglass frame, not to mention her name was “Mammy Two Shoes.”

Even today, the spy show “Archer” main female lead is Lana Kane, a black woman with a turtleneck skirt barely covering her upper thigh who frequently disrobes to show her taut physique.

Despite sexualization’s continued existence, some activists still give the benefit of the doubt to the Powerpuff Girl creators.

“You never know the intent, for sure,” Dean said. “It may speak to something unconscious in the creators, but I would guess it’s not their intent.”

With a social media world consciously seeking more multicultural characters in its entertainment, Bliss simultaneously presents signs of progress and further lessons for creators to learn. 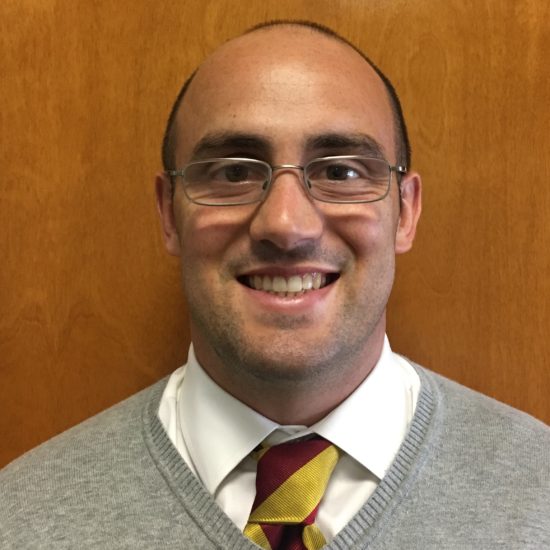 Recently retired from the Navy as a lieutenant, Sam now studies at Annenberg in the M.S. Journalism program. Prior to military service, he served as a play by play announcer for the Big Ten Network, and sports director for WOLV-TV, the local student station at the University of Michigan. Born in Ann Arbor, Michigan, Sam has lived in San Francisco, Pasadena, Chicago, Boston, Jacksonville, and San Diego. He's been to 27 countries, (almost) making him the Motel 6 "I've Been Everywhere" guy.