Opinion: NFL players are speaking up against racism. It’s time for the owners to follow suit.

Colin Kaepernick still doesn’t have a job in the NFL, but he’s one of the most talked about players in football. A year after he began taking a knee during the national anthem to protest the oppression of people of color, his statement has permeated into stadiums across the country.

Players are showing solidarity with the free agent, speaking up in interviews and sitting down during the anthem. Fans are taking notice, with a petition calling for an NFL boycott until he signs with a team gaining nearly 200,000 signatures as of September 24. But where are the ones who hold the monetary power in the league?

As President Trump takes aim at the owners and general managers in the NFL for not disciplining players who protest during the anthem, we’re finally seeing a little solidarity from the front offices. However, their refusal to sign Kaepernick up to this point as well as their silence up until Trump’s statements make it fair to question their motives. How genuine are their words, especially as few went further than acknowledging that players have a right to protest however they choose? If they truly support their players, it’s time for them to show support for the cause that matters to Kaepernick and so many others: speak out against police brutality and racial injustice. Donate money to the Black Lives Matter movement. Do something that shows you’re invested in the safety and well-being of black men in America, the same black men who make up 70 percent of the players in your league.

Same ones who speak out against Trump today, are the same ones that denied a qualified man a job because he took a stand against injustice.

No question that the lack of diversity among those in power in the NFL plays a role in this disconnect. Only a quarter of the 32 head coaches are African-American, which sounds paltry until you look at the list of team owners — none of whom are black (and only one of whom is non-white). Owners don’t relate to the social issues facing the majority of the players in their league, and feel no motivation to, in their eyes, risk their wallets to speak out on their behalf.

The Rooney Rule that required teams to interview at least one minority candidate per coaching vacancy was a start, but 15 years later, it’s clear more needs to be done. The palpable detachment between the suits and the jerseys isn’t good for anyone in the league, and increased representation is one place to start.

It’s a well-known fact that the NFL is a money-focused organization, and owners don’t want to say or do anything that could alienate potential fans/customers. However, other leagues show that it isn’t bad business to take a stand on a moral issue. The NBA made it’s pro-tolerance stance on current issues well-known, especially during Commissioner Adam Silver’s reign. When Clippers owner Donald Sterling made headlines for his racist comments toward African-Americans in 2014, it took the then-new commissioner only three days to hand down judgment, fining Sterling $2.5 million and banning him for life from the league. A few years later when North Carolina passed a controversial bathroom bill limiting the rights of transgender people, the NBA opted to move their annual All-Star game from Charlotte, putting financial pressure on the lawmakers to reverse the bill.

Despite these moral-driven business moves, revenue in the NBA is as strong as ever. Last year, expected earnings for the 2016-2017 season were in the ballpark of $8 billion, consistent with the steady increases from previous years. New sponsorship partners and a blockbuster TV deal in 2014 show that corporate interest in the league is as strong as ever, even with the element of humanity that the NFL front office seems to lack.

19 teams have starting QBs who've been worse thru Week 2.

Colin should have a starting job.

After Seahawks defensive end Michael Bennett says he was harassed by police in Las Vegas, the league has more reason than ever to play a role against oppression in America. Statements from Roger Goodell and the owners are a step in the right direction, but the multi-billion dollar industry has the power to do so much more than garner a few retweets.

Three weeks into the season and with additional support from players in other leagues, it’s clear that the calls for action are only going to grow louder. The NFL’s been lagging behind on the issue so far; now, they have a chance to spark the movement even further. 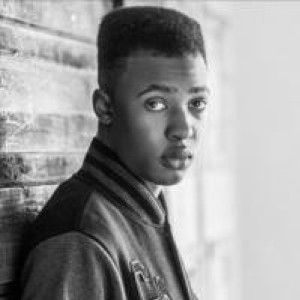