Opinion: Trump should hurry up and fill DHS secretary position

On Inauguration Day 2017, Donald Trump wasn’t the only one who got a new job.

That very day, the Senate confirmed John Kelly as Secretary of Homeland Security in a bipartisan vote.

Kelly was then pulled out of his cabinet position to serve as President Trump’s chief of staff right before Congress’ monthlong recess. Since then, the position has languished empty while the department faced natural disasters and potentially enormous changes to immigration policy.

The Department of Homeland Security is the center of many Trump’s key policy goals. It’s imperative that whoever is running this agency be scrutinized and vetted by the Senate as secretary, and sooner rather than later.

Since Kelly left the post, two devastating hurricanes, Harvey and Irma, have battered much of the southern United States. The Department of Homeland Security oversees FEMA, which notoriously botched Hurricane Katrina aid efforts.

While significant reforms have been made, relief efforts faltered in parts of Florida, USA Today reported. Homeland Security must have the flexibility and authority to enact new programs as needs arise in the months of recovery.

The Department of Homeland Security is also responsible for enforcing immigration policy. The department was responsible for filling out the specifics of Trump’s controversial travel ban to certain countries, and deciding who will be permitted into the country.

In the near future, it could be responsible for overseeing the potential end of the Deferred Action for Childhood Arrivals (DACA) program and construction of any border wall if funding materializes.

Beyond President Trump’s policy priorities, the department also oversees the United States’ terrorism prevention efforts, which is an important and high-stakes job in a post-9/11 world. For example, on Wednesday, Duke ordered that federal agencies stop using a Russian brand of security software because of the company’s ties to “state-sponsored cyberespionage activities,” the Washington Post reported.

The lives of people living in America are impacted by natural disasters, immigration policy, and the threat of terrorism every single day, and especially so during Trump’s presidency. That’s why Americans have the right to demand Congress question the person answerable for these important issues as secretary.

Duke is widely seen as a non-controversial, steady choice to lead the department, should she be chosen to move into a permanent role. She has worked in the federal government for nearly three decades, according to her official biography. The Senate confirmed her in a bipartisan vote as deputy secretary.

Duke has started paving the way for the border wall. Aug. 1, the day after Duke was confirmed as acting secretary, the Department of Homeland Security announced that it was waiving environmental laws for portions of the border area near San Diego. The waivers would allow for construction of “prototypes” for larger sections of the wall and replacing other fencing that currently exists.

She wrote an editorial for USA Today later in August, in which she said the border wall “will save countless innocent lives.”

Whatever your politics, these are significant decisions that should be made under the authority of someone confirmed by elected officials.

Considering Trump’s often-controversial stances on immigration issues from the campaign trail to the White House, Duke would likely be a fairly safe choice for secretary. But for now, the uncertainty related by her “acting” title limits her ability to address threats and make credible policy choices.

The Department of Homeland Security head is an important position, and appointment should not be made hastily. However, given that the president now has a full White House staff, there’s no reason to delay getting a qualified candidate. If Trump believes Duke is that person, he should nominate her and give her a mandate to continue. 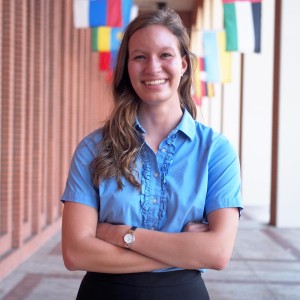