It was difficult to fall asleep last night. I made the mistake of watching a video; hearing the pop-pop-pop-pop of automatic gunfire from a concert-goer’s phone video. It felt different than the dozens of mass shootings before it, but of course, it wasn’t. And it won’t be.

Legendary journalist Dan Rather said to young journalists in an interview with Slate that cynicism is dangerous. “Being skeptical is part of being a journalist,” he said, “but cynicism pollutes objectivity.”

I pose the question to anyone more experienced with this kind of violence than myself: How do we avoid cynicism when this is the only America we’ve ever known? How do you maintain objectivity on an issue like this when innocent people are regularly murdered in mass shootings?

Pro-gun advocates will probably argue that the perpetrator of the latest attack had a clean criminal record, no history of mental illness and was a corner case. An anomaly. But gun violence in America is anything but anomalous.

There have been many in between, but these are the ones we remember. How do we prevent cynicism when shootings are so common that we won’t remember them unless the body count is in the double-digits?

This attack was the 273rd mass shooting in 275 days. If we think that it will hold the moniker of “deadliest shooting” for very long, we’re kidding ourselves. Pulse was a year ago. How long will it be before the deadliest shooting happens again? What can we even do about it? Will our politicians ever act?

After every shooting, we hear the same conversation about gun control and the second amendment. We hear that guns in the right hands can save us. We hear that guns in anyone’s hands will kill us. Surveys from the Pew Research Center have shown that mass shootings seem to have a negligible effect on our attitudes about gun control. Add that to the list of things I don’t understand.

It feels like I’m living in an Onion article: ‘No Way To Prevent This,’ Says Only Nation Where This Regularly Happens. They ran that headline again today, by the way, for the umpteenth time. But how do you avoid cynicism when this is the reality you’ve been born into?

I don’t know the answers to any of these questions, but I know how it’s played out every other time. Like clockwork, another day, another shooting, and another moment of silence instead of taking action. 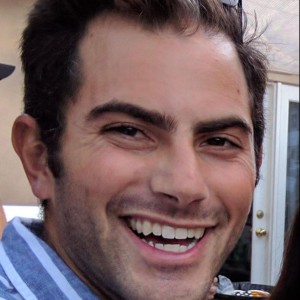 Bradley Bermont is in the M.S. Journalism program at USC Annenberg, Class of 2018. He has been published in the Huffington Post, The Inertia, and Mountain Outlaw Magazine. He is the proud father of an uninsurable, asthmatic cat.