Put down the Juul and talk to your friends please

When you get that text that your friends are going out, it is an invitation into another world. The bar, the frat house, the apartment rooftop are often places of retreat because the music lays thick in the air, the drinks allow your consciousness to float away and work is days away– or at least hours.

This narrative of nightlife has always existed, but parties also can serve the function of throwing people even deeper into the realities that are outside the bar door– specifically a political function. I learned this at my first job ever at a pacifist radio station in Berkeley called KPFA. The newsroom and studio spaces were full of older men and women who never really felt the summer of ’69 ended, and a few 30-year-olds who were bitter they were born just a generation too late.

That era they described was full of scenes at Bill Graham, the drug-infused picnics at Golden Gate Park and the house parties on Haight Street. While most people brush off social gatherings as superficial events and tools of escapism, legendary parties like the Human Be-In reminded the world that parties function as a way of building community and fulfilling our basic need for humans to bond for survival.

Successful parties like the Human Be-In however, go above and beyond fulfilling this fundamental need. They address the greater community which usually means they engage with political and cultural forces. The summer of ‘69 did both– the music, the poetry performed and the venues all addressed the impending doom of being drafted and communicated a skepticism of the government and bureaucracy.

American Millennials like every generation before them has developed their own signature youth culture — we’ve got our own sound of hybrid pop, we’ve flirted with new drugs like Adderall and Xanax and have pushed free love into hookup culture. We have bigger and more frequent music festivals, frat parties are swelling as the number of students attending college rises, and fake IDs are more accessible than ever. Yet, our parties are lackluster because the political element has been gutted from our kickbacks.

The cultural shift away from using parties as an organizing tool has not happened overnight. The Atlantic writer Ashley Frett breaks down how film began to reflect the changes in youth culture. The release of Animal House in 1978 reflected how fraternities, which used to be very stiff and highly academic networks were some of the first social organizations to feel this dramatic turning point in youth culture:

“In this newly forming culture, the drugs and personal liberation of the ’60s would be paired with the self-serving materialism of the ’80s, all of which made partying for its own sake — and not as a philosophical adjunct to solving some complicated problem in Southeast Asia — a righteous activity for the pampered young collegian,” Flanagan writes. “Fraternity life was reborn with a vengeance.”

That vengeance has become an aggressive reimagining of the party scene, one where the optics and social rules applied in the party scene are so wild, they couldn’t be translated to the real world. Some of this is literal– today’s concerts and raves are huge spectacles with all sorts of flourishes like lights shows, floating stages or the infamous 6 dollar Coachella watermelon. This also manifests on a smaller level. The most obvious being drinking games that have become people’s sole focus during parties even though the point of these games is to break the ice, not dominate the night.

Why is it so important for us to engage in this? Because as the expectation of the superficial elements of a party goes up, we have to meet those expectations. And when we are so concentrated on putting on a performance at parties, the deeper cultural and political anxiety remains unaddressed.

The degradation of parties as a vessel for youth politics could not have been more clearly demonstrated earlier this school year when two men appeared before the Los Angeles City Council to defend their right to party in the Hollywood Hills. Chad Kroeger and J.T. Parr justify house parties because it was essential to their development, but it ultimately replaces real life altogether:

“Like most kids, I grew up worrying I wasn’t going to bench two plates, that I wouldn’t fit in, that I wouldn’t find love. Then I discovered partying and all those worries went to the wayside. I didn’t need love, I had keg stands.”

If parties can’t fuel some faith in the human community and the life we share on this earth, then they can’t fulfill their function as connecting force. Having devolved from the community building and deeper force, there is no precedent to do anything but play on Snapchat and tune out at clubs, at concerts and at small get-togethers.

Let me be clear, I’m not anti-party. Quite the contrary actually– in my perfect world, we would have huge bangers where we would be plotting revolutions (whatever that looks like to you). And hey, there is definitely someone, somewhere who having their own beat poet powwow and I’m just not invited. But are we really going to let the likes of Chad Kroeger and J.T. Parr be the only ones defending our collective right to assemble, something that generations have fought for?

If we have the decency to stop hitting lame juuls, put our phones down and put a little more thought into how we party–I personally suggest throwing a Ted Talk party, but I know it’s a little on the nose– we’ll realize restoring the former glory of parties in the mainstream is even more important than ever.

This was particularly clear to me after the Pulse Night Club and Las Vegas shootings violated the sacred party space. If we can recognize the essential role dancing, drinking, and hanging out with our friends play in our development as political beings, then maybe we can come together more and raise a glass to a future worth drinking for. 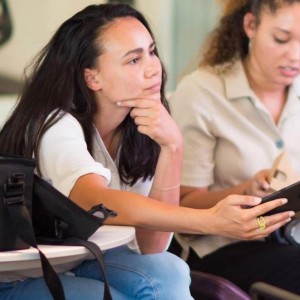 Jordan Winters is co-editor of Neon. She is a junior studying journalism and political science. She has been a multimedia journalist for USC Annenberg Media since her sophomore year covering campus issues and politics. She co-hosted Truth Squad podcast and covered the presidential inauguration live from D.C. She hails from San Francisco where she dabbles in sailing, rock climbing, and paddleboard-yoga.