On Wednesday, Hurricane Maria, a Category 4 hurricane barreled through Puerto Rico. Just two weeks ago, Category 5 Irma caused $1 billion in damage to an island already $70 billion in debt. Puerto Rico faces a devastating financial crisis, and the American territory is not equipped to recover without the aid of the federal government. The lack of media attention given to the people of Puerto Rico during this devastating hurricane season reflects a larger problem with how we view this often forgotten part of America.

Maria is the strongest storm to hit the island since before the Great Depression, and the island is in no shape to recover from a costly storm. Puerto Rico is bankrupt. The unemployment rate is 12 percent, almost three times higher than the mainland U.S. rate. A mass exodus of highly skilled, educated, able-bodied Puerto Ricans has cut the island’s population 10 percent since 2007.

Schools have been shutting down, leaving children in rural areas without access to an education. From 2010 to 2015, Puerto Rico closed 150 schools. This year, another 184 will shut down.

Given all this potential devastation, why is the media not covering Puerto Rico the way it documented Houston, and Florida, Georgia, and South Carolina when they were in the path of hurricanes? After Harvey struck Houston, major outlets published hundreds of think pieces proclaiming how Texans could have better prepared for the storm, how they should’ve purchased flood insurance, how Houston shouldn’t have overdeveloped in swamplands.

Close to my brother’s house…insane

In the week before Irma was set to hit Florida, major broadcast networks ran continuous coverage showing long lines at the grocery stores, traffic jams as people tried to leave the state and mixed responses to the governor’s evacuation order.

Irma hit Puerto Rico first, as a full-force Category 5 hurricane, and the only coverage I saw was from relatives sharing videos on Facebook, or from Latino-oriented media organizations like mitú
and Univision.

A hurricane devastating Puerto Rico is covered in the World section of CNN, emphasizing the narrative that this isn’t an American concern.

CNN’s coverage focuses  on how a CNN reporter was affected by the storm.

Puerto Ricans are American citizens. But the media doesn’t bother to report on them because they’re Hispanic. Puerto Ricans are Americans who speak Spanish and learn English as a second language in school. They’re racially mixed: Caucasian, Taino, African, among other groups. But the American media doesn’t report on them because they are perceived as others.

Part of this has to do with Puerto Rico’s status of perpetual limbo with the United States. They have the same President, but Puerto Ricans can’t vote for him. They pay most federal taxes, but they don’t have representation in Congress.

The United States government doesn’t take the needs of Puerto Ricans seriously because they are accountable to their own constituents, not Puerto Ricans. A 2016 House bill, misleadingly dubbed “PROMESA” would have made things worse for Puerto Rico by slashing the minimum wage to $4.25 per hour.

This lack of concern for the people living in this American territory must change. The media should take the first step and update the stale, false narrative that Puerto Rico is international news and irrelevant to the lives of mainland Americans. News outlets can influence what people care about by choosing an accurate framework.

Puerto Ricans should no longer be the forgotten ones. They deserve the same level of reporting as other Americans as they come to terms with the disastrous forces of Hurricane Maria. 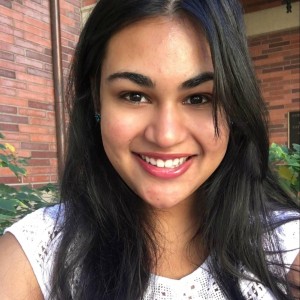