The #MeToo hashtag started a long overdue conversation. For real change, we need all parties at the table. And that includes men.

Who would’ve thought an entire gender could identify with the same two words.

Earlier this week, social media was taken over by a wave of women posting #MeToo as their status. Although the concept of the two words was invented by Tarana Burk back in 2007, the hashtag went viral when actress Alyssa Milano tweeted it on Sunday. She asked women who have been sexually harassed to post #MeToo as their status to give the world a sense of the magnitude of the problem we’re facing.

If you’ve been sexually harassed or assaulted write ‘me too’ as a reply to this tweet. pic.twitter.com/k2oeCiUf9n

Social media feeds were suddenly inundated by brave souls sharing their stories of sexual harassment and assault. We created a sisterhood, a united front against a stubborn patriarchy that has proven almost impossible to bring down. Finally, we screamed loud enough for people to listen. We started a conversation.

However, the language that surrounds sexual assault discussions is inherently patriarchal. We talk about how many women were raped, not how many men raped them. How many women were assaulted, not how many men assaulted them. The passiveness of the conversation takes the blame away from men and victimizes the woman. We talk about the women as victims, but we don’t mention the victimizer. There’s no active agent, it’s something bad that just happens.

The first step towards a safe and equal world for women is being aware that for women to be hurt, someone has to hurt them. As necessary as it is to help heal the wounds and sympathize with the victims, we should simultaneously be taking steps towards ensuring there will be no more victims. We need to stop passively victimizing the female and instead target the real culprits. As beautiful as this sisterhood, this army, has become, I don’t want it to grow in numbers. It’s enough of us in the club already. We don’t need more members.

After the outpouring of sexual harassment stories on social media, some men starting to speak out. Although many were supportive, respectful and attentive, so many others missed the mark.

I saw men reminding each other that they have mothers, sisters, wives that could be victims of sexual assault. But I’m not just “somebody’s sister/mother.” I AM SOMEBODY. That should be enough for them to keep their hands off my beautiful body.

Don’t say you have a mother, a sister, a daughter…

Say you have a father, a brother, a son who can do better.

One of the male posts that most shocked me was a man who apologized for ever unknowingly causing a #MeToo moment.

“I am not perfect, and I’d like to think that I’m innocent in this – but maybe I’m not,” he wrote, “So, if I ever harmed you, #ImSorry. I didn’t mean it. My parents taught me better.”

Finally, I understand the root of the problem.

Men don’t even know they’re doing something wrong. Nobody taught them. Our movement faces enormous hurdles if men cannot even recognize when they’re being disrespectful. It’s appalling that sexual harassment is so engrained in our societies that the perpetrators don’t know they’re being offensive, and women are supposed to accept it as part of their daily lives.

I debated with myself over and over again whether I should post #MeToo. I was talking about all these experiences with a friend, and we concluded that there are times when we don’t even recognize harassment. It’s so normalized we take it for granted. We figure that’s the way it’s supposed to be. We accept that it comes with the femininity packet we were so kindly given at birth. We walk down the street and get catcalled, followed, even touched and we realize it’s just part of life. You turn around, lash out, scream an insult and then go on with your day. It’s part of life.

Except it shouldn’t be.

Now that this conversation has started, let’s make sure we do it right. Let’s turn the conversation away from women – just this one time – and towards men. Although to me, it should be crystal clear, I have realized we need to teach men what is right and what is wrong. And at the same time, we need to encourage women to accept these instances as what they really are and not downplay them as part of the female experience.

According to Merriam Webster, sexual harassment is the “uninvited and unwelcome verbal or physical behavior of a sexual nature.”

The definition is simple. No blurry lines, no double meanings, no vague descriptions. If you’re doing or saying something sexual, make sure the other party welcomes it. If they don’t, it’s harassment. Plain and simple.

NO. YOU CANNOT PUT YOUR PENIS INSIDE OF ME WITHOUT MY GODDAMN PERMISSION. In fact, don’t put your penis anywhere near me without my permission.

So men, if you’re wondering, what do I do now? It’s as simple as the golden rule. Don’t say or do anything that you wouldn’t want someone to say to you. Most importantly, keep your hands to yourself.

Don’t touch women without their consent (and no, coming into your dorm room does not imply consent — only consent implies consent). Don’t call women crazy. Don’t make sexist jokes. Don’t send us pictures of your penis (it’s not as amusing as you think it is). Don’t abuse your power. Don’t talk over us. Don’t let others talk over us. Don’t look at our breasts, look at our eyes. Don’t kiss us when we’re blacked out drunk. Don’t let your friends kiss us when we’re blacked out drunk. Don’t expect us to praise you after being a good man — that’s the least you could do.

See? It’s not that hard.

I genuinely believe most men are good people. But for so long, we’ve been raised in a society that teaches them they have a right to satisfy their sexual desires even if that means ignoring a woman’s will. If we include men in this conversation, maybe they will stop feeling sorry for us. They will stop seeing us as victims of their own doing and start changing their habits.

I didn’t know if I should post #MeToo because I wasn’t sure if my experiences counted as sexual harassment. There’s been so many, for so long, that I’ve just learned to ignore them. But this is where it stops. Today is the day we stop cutting men some slack and start holding them accountable for their actions. For every single one of their horrific actions against women.

Those two words carry stories that have hurt us, that have traumatized us, that have shaped us. I hope this is the last generation of women who carry these words with them. 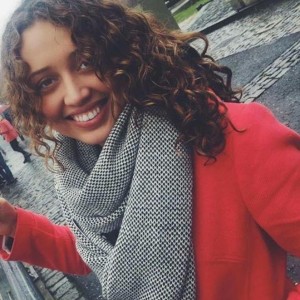